The Delta’s Most Wanted 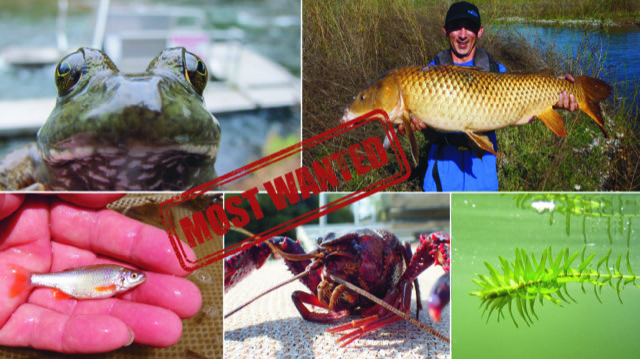 Invasive species are not only a nuisance to managers and landowners, they also cause serious problems for native plants and animals. These tenacious trespassers can severely alter habitats, carry dangerous diseases, and compete with or prey upon native organisms. Invasion may come by land, air, or sea, but aquatic invaders can be particularly destructive. In fact, invasive species are one of the top two threats to freshwater fish, along with habitat degradation (Jelks et al. 2008). As the most modified estuary in the world, the San Francisco Bay-Delta has been highly susceptible to invasion over the past several centuries. Some of these species were purposefully introduced (such as striped bass), and others have snuck in, often by using large ships like floating Trojan horses (such as mitten crabs).

In recognition of the threat invasive species pose to ecosystems and infrastructure, the Western Governors’ Association (WGA) recently launched a Biosecurity and Invasive Species Initiative. This initiative includes targeted workshops and webinars to promote coordinated action and information exchange among 19 western states and three U.S. territories in the Pacific. A first step is the Top 50 Invasive Species in the West, which was generated by surveying invasive species coordinators in their member states and territories to identify the species representing the largest challenges to forests, rangelands, watersheds, and agriculture. Sixteen of these Top Invaders are known to affect the aquatic ecosystems of the Sacramento-San Joaquin Delta (see table below), and we’ve written about several high-profile offenders, including nutria, common carp, and water hyacinth. Here, we build on that theme with profiles of a few less-discussed but significant invaders in the Delta.

Feral Pigs (Sus scrofa)
Although a popular quarry among hunters, feral pigs can be quite destructive to both terrestrial and aquatic ecosystems. Many of the feral pigs in the California can trace their ancestry back to domestic pigs brought by settlers in the 1700s, as well as to European wild boar (a subspecies of Sus scrofa) that were intentionally introduced to Monterey County in the 1920s. Their adaptability and prodigious reproductive rate have allowed them to spread to 56 of the state’s 58 counties. Pigs often congregate in streamside habitats, where they can cause significant erosion that impairs water quality. They are also known to carry waterborne parasites like Giardia, which can infect humans. To control the population, the California Department of Fish and Wildlife allows permitted hunters to harvest feral pigs year-round with no daily bag limit.

Whirling Disease (Mycobolus cerebralis)
Mycobolus cerebralis, the parasitic organism that causes Whirling Disease in salmon and trout, is actually a relative of jellyfish. It is believed to have originated in Europe, and made its California debut in Monterey County in 1965. In the years since, it has spread throughout wild California salmon populations, and has wreaked havoc in hatchery populations. Patterns in the occurrence of this parasite seem to suggest the dispersal of hatchery fish has contributed to its spread. Today, DNA tests are used to monitor for the parasite, and control efforts largely focus on carefully filtering and treating water supplies to prevent infection in hatcheries.

Red Swamp Crayfish (Procambarus clarkii)
Native to the coastal plains of the Gulf of Mexico and a staple of Cajun cooking, the red swamp crayfish has been introduced throughout California. Within the Bay-Delta they have established populations in Alameda, Contra Costa, and Fresno counties. Common routes of crayfish introduction include aquaculture operations, bait bucket release, and the live food trade. These crustaceans represent a threat to imperiled species such as the California red-legged frog (Rana draytonii), both by predation of eggs and tadpoles, and by acting as carriers of disease. Crayfish populations can be controlled through trapping and removal, but these methods are unlikely to lead to eradication. More extreme chemical or physical methods would likely lead to the eradication of many other aquatic organisms.

Bull Frog (Lithobates catesbeianus)
This voracious amphibian is native to the eastern United States, but has established populations throughout the entire Sacramento-San Joaquin Delta. They may have been introduced accidentally through fish stocking operations, but many were distributed throughout the West to serve as a food source and in an attempt to reduce insect populations. Bull frogs are known to eat essentially anything that can fit in their mouths, meaning they not only outcompete native aquatic species but also prey upon many of them directly. Additionally, they are known carriers of chytrid fungus, which causes a deadly skin disease in amphibians. Management options for bull frogs are unfortunately quite limited, with physical removal being most common, but ongoing research is evaluating the potential of chemical approaches.

Giant Reed (Arundo donax)
Thought to be native to eastern Asia, this plant has had a variety of uses throughout history, including erosion control, roofing material, and even reeds for woodwind instruments. However, it is also an aggressive invasive species known for taking over streamside areas and displacing native plants like willows, which eliminates valuable habitat for native animals like the endangered southwestern willow flycatcher. Furthermore, giant reed is extremely flammable and can quickly colonize burned areas, growing three to four times faster than native woody plants, allowing it to rapidly dominate large expanses. Current control methods include physical removal and herbicides, and recent research has focused on potential targeted biological control through the introduction of arundo gall wasp (Tetramesa romana).

FISHBIO is a dedicated group of research scientists, engineers, and technicians that specialize in counting, tracking, and analyzing trends in fish and wildlife populations throughout the world. An expert staff, technical capacity, and state-of-the-art equipment make FISHBIO a trailblazer in aquatic research. For more information, please visit FISHBIO.com Fish for Sport: Another Chapter of California Fish Introductions 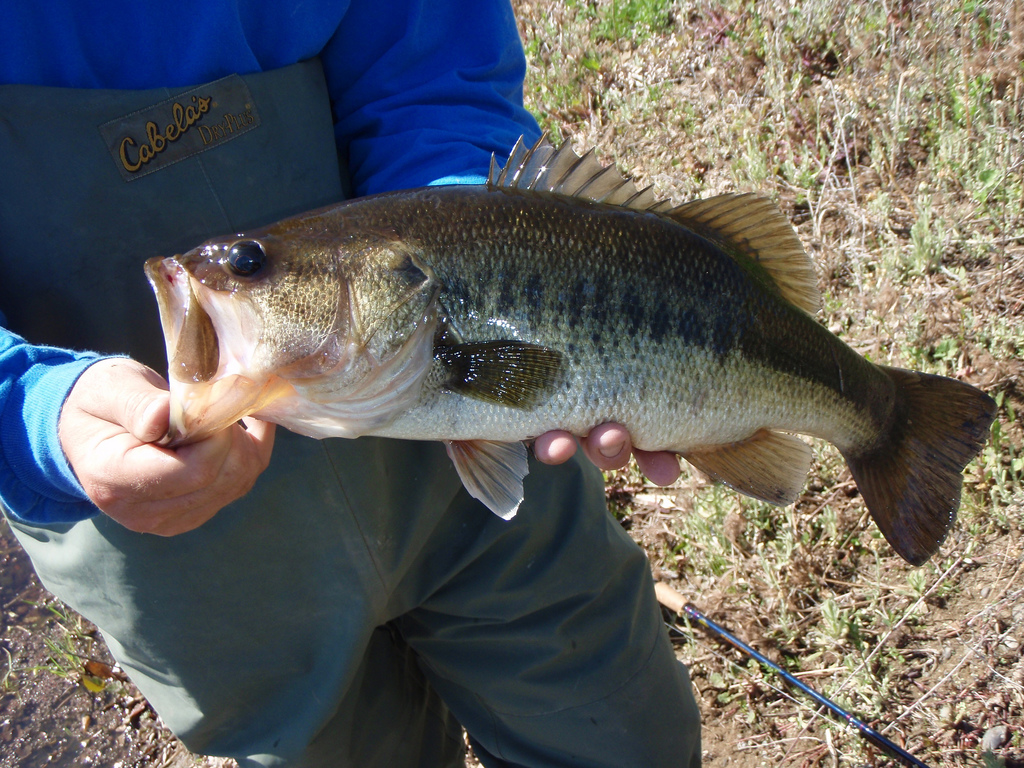 9-26-2018
In a recent Fish Report, we briefly summarized the introductions of various fish species to California’s waterways for the primary purpose...... Read More 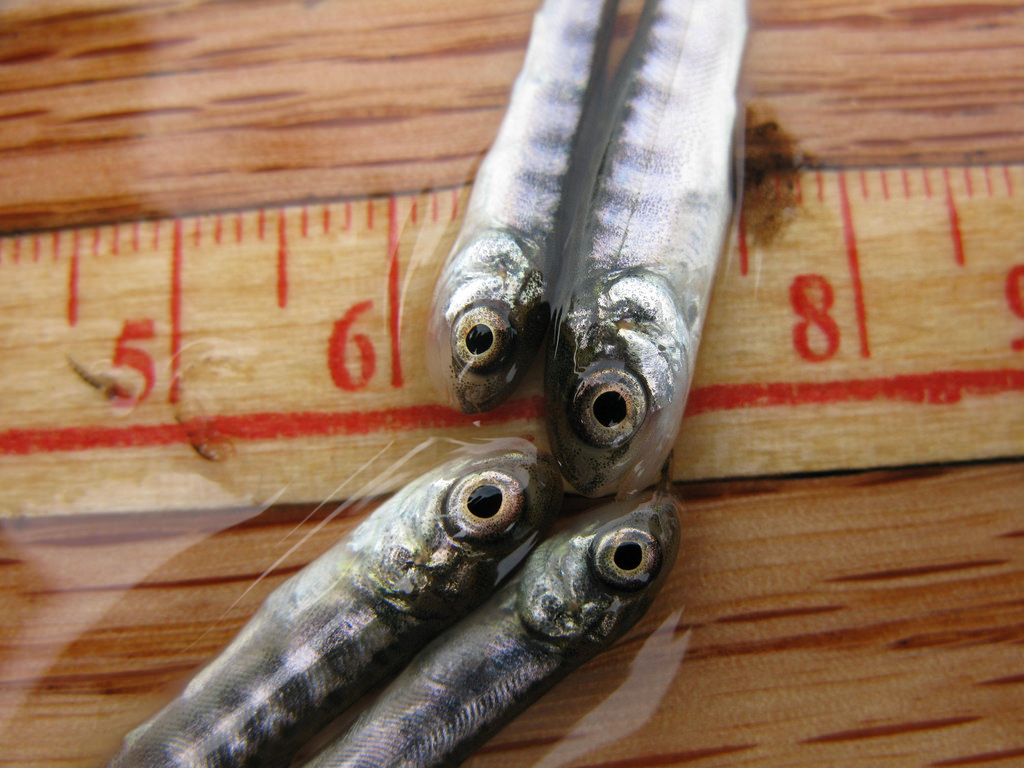 9-19-2018
In the salmon circle of life, fewer spawning adults returning to freshwater in the fall typically means fewer offspring will...... Read More