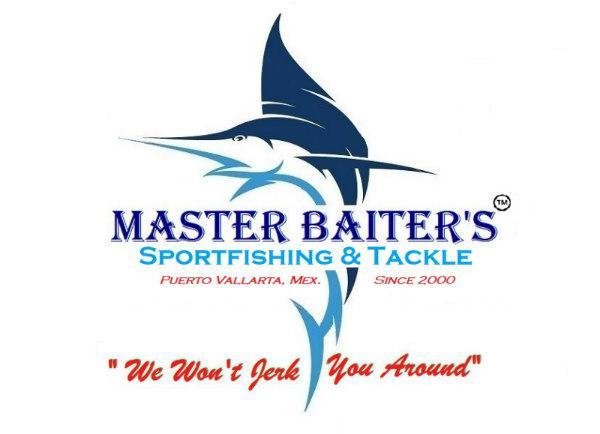 As we move deeper into the “High Season” for fishing we’re seeing the season develop as we’d expect. Water temperatures have taken a step up again, plenty of bait, warm blue water with perfect bait conditions are adding up to world class fishing you don’t want to ignore. The weather is hot, humid and uncomfortable to many visitors. Not really any worse than Houston or New Orleans, but still something to deal with. Fish don’t know this, they like the warm water and easy food. Locals should be considering heading out for at least eight hours, longer days will get you trophy gamefish and a story to last a lifetime.

We’ve seen some rain, but not the amount we’d expect, so I guess you could say things are on the mild side. We like the rain, it gives us a break from the heat, but more importantly for this article it gives us a trash line where we know we’ll find fish. The deep water locations like El Banco and Corbetena are showing stronger signs of a pulse with Black Marlin moving in over 450 lbs Blue Marlin, something new to 250 lbs and taking bait nicely. Sailfish are also in the area along with Yellowfin Tuna at 60, 80 and 100 to 150 lbs jumping. They were picky just a few days ago, but now they’re taking Bullet Bonito on a downrigger, that’s a secret so keep it to yourself. Squid has been hanging around the area taking Tuna attentions as well so have Squid on-hand, Cubera Snappers are also at times taking trolled bait. With Striped Marlin still in the area and Blue Marlin at Corbetena a fishing trip to the deep water locations is worthwhile now!

At Punta Mita to El Morro there is more debris in the area with what rain we have had, you’ll find Dorado 15 lbs around this trash line, Sailfish in good size ranges, Striped Marlin are still in the area as are nice sized Sailfish. And now Rooster fish to 40 lbs just north of Sayulita. Hopefully we’ll see an increase in Rooster fish numbers, it’s been too long. The biggest reason for the short Rooster numbers is they’re selling them in the local markets. Super small, they’re taking everything and using rigs that resemble gill nets. This means no escape and no larger size Roosters. Right now with the abundance of fish and the distance necessary, this is your best bang for your fishing dollar.

Inside the bay we’re seeing the results of a transition from cold to warm water fish. This doesn’t mean that there aren’t “cold water fish” in the bay, but they’re thinning out. So Jack Crevalls are still in the bay at 30 lbs, Bonito to 30 lbs but averaging at 20 lbs with no shortage of action. Sierra Mackerels are still tasty and at 10 lbs each. Striped Marlin are thin but possible. Dorado are another possibility as are Striped Marlin. Now all these species mentioned are not in larger numbers but “possible”. Mostly Bonito, Jacks, Sierras and small Dorado. You’ll have fun in a four to six hour trip so don’t hesitate to enjoy the bay.

We’ve seen the bite move back to a later morning bite about 10:30-ish so you can sleep in a bit, but to be straight up it doesn’t hurt to get to your spot earlier. With water temperatures inching up as they should be we’ll see more Black Marlin, Blue Marlin and of course Sailfish. Dorado are still on the smaller side, but in comparison to last year we’re doing fine. Bait is the normal range with Goggle eyes, Sardines, Flying fish, Squid and the list is endless. If heading out looking for Yellowfin tuna make sure you at least have some frozen squids to chum with. There is a bait boat near Punta Mita selling Squids, It will increase your chances of a larger YF Tuna. Water temperatures have jumped from 82 degrees to 85 – 86 degrees.

With the season coming on nicely we’re looking for more Marlin to move in as Striped Marlin will be trekking north to Cabo. The Northern Tuna fishing grounds are showing Yellowfin Tuna about eight miles north of Juanito at 180 lbs up. Big Black Marlin are throughout the area as are some nice sized Dorado to 35 lbs. For those looking for overnight trips expectations of world class fishing will be met big time. We’re seeing what “feels” like the old days of ten years ago at Corbetena and El Banco. Seeing Jumping YF Tuna over a hundred pounds will get your heart pumping as the “fishing machine” will kick in gear with the crew! Summer fishing is here! We’ve got trips at affordable prices in comparison to other companies so we can fill all your fishing needs from smaller bay fishing to “world record” Yellowfin Tuna possibilities daily from not until late January. Yes folks “Fishing Season” is here and it’s on the upswing. I’ll be looking for you out there. Our Tuna Fishing Grounds at 100 miles out from Puerto Vallarta is on fire and we’ve got you covered amigos… call or email for details…