FLAMING GORGE: (November 14) Fishing is fair to good at the Gorge. If one species isn't working, move to the next until you find one that is. It's time to get out and catch some burbot. The Burbot Bash starts this weekend.

Kokanee Salmon: Flaming Gorge and Sheep Creek (a tributary stream south of Manila) are now closed to the take of kokanee to protect the spawning population. All kokanee caught between Sept. 10 and Nov. 30 must be immediately released. Sheep Creek (from Flaming Gorge Reservoir upstream to the Ashley Forest Boundary) is closed to fishing from Aug. 15 to Nov. 30.

Rainbow Trout: Spoons, jigs and crankbaits are working well from shore and behind boats. Fish are now in their fall pattern and can be caught at any level from the surface to 40 feet down. We've had reports of schools balling up in the backs of some of the bays, which creates fast fishing.

Lake Trout: Fishing is improving. If you spot a large group of lakers, the best option is to hold your position and drop a vertical presentation. Good presentation options include a jigging spoon (chartreuse) or three-inch tube jig (white) in weights heavy enough (3/8-1/2-ounce to get down to 70-100 feet and feel the strike. Tip your lure with a small chunk of sucker meat and vary jigging activity until you determine the behavior of the fish. If jigging doesn't produce, try trolling through or just above the school. Try different lures such as brightly colored spoons or crankbaits. Mix it up to develop a pattern. Keep your limit of small lake trout. They are tasty, and removing some of them will help both the lake trout and kokanee fisheries.

Smallmouth Bass: The bass have slowed down, but there have been a few reports from successful anglers, especially in the canyon reach where densities are highest. Try a variety of jigs or crank/jerk baits and fish deep.

Burbot: More anglers are targeting and catching burbot outside of the ice-fishing season. Fishing has been good to exceptional, with some anglers catching more than 100 fish per boat each night. Try fishing for a few hours, starting around sunset, along the rocky points, cliffs and the old channels. Burbot will hit during the day, generally in the deeper waters; however, they become more active during the twilight hours when they move into the shallows to forage. Fish the bottom (or just slightly above it) in depths from 10-50 feet. Use just about anything that glows (e.g., spoons, tube jigs, curly-tailed jigs, minnow jigs) and tip your lure with some type of bait. (Cut bait, like sucker meat, is recommended). Place your lure within inches of the bottom and recharge the glow frequently. It is common to catch a fish immediately after recharging a lure. Anglers are now limited to the summer regulations on poles. You can have one pole with a fishing license or two poles with a two-pole permit. You'll help the Flaming Gorge fishery by harvesting as many burbot as possible. There is no limit on burbot. The Burbot Bash will be Nov. 15, 2013 to Jan. 26, 2014. There will be two weekends of prizes for the most, biggest and smallest burbot (Nov. 15-17 and Jan 24-26) with a tagged fish contest continuing between those two weekends. 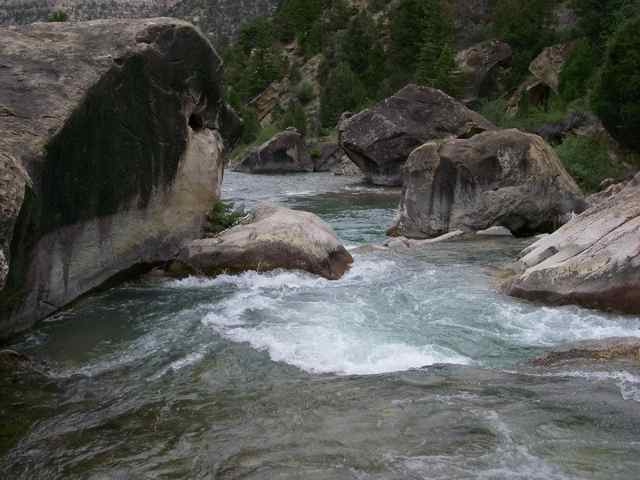 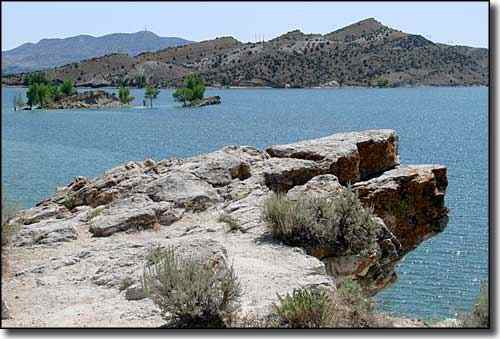