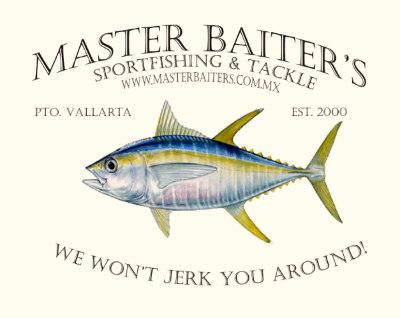 First, let me say the fishing is fantastic! It’s the time of year to turn your “finned fantasy” into a reality! Welcome to Puerto Vallarta. Officially we’re in Peak Fishing Season. Just about any species of fish you’ve heard of or would like to catch “someday” is available right out our front door now. Of course that means it’s also tournament season.

Most days are clear skies and smooth seas, High visibility blue water, but always in a state of change. This week we’ve seen some seasonal indicators. First we’re seeing 3 inch shelled Squids and small Krill shrimp moving into the deep water fishing grounds. The Fav-foods of Tuna and Dorado, they gorge themselves and that’s the challenge. We’re also seeing the beginning of a downward trend for water temperatures. We’re in the “overlap”, the time when the air temps calm down, and the fishing is perfect. You only have 16 weeks of this level of fishing remaining. It’s time to jump on it amigos, it won’t get much better than this.

Corbetena, lots of bucket list type fish swimming around the area right now. Black Marlin in the 300 to 600 lb range are running wild. Blue Marlin are in the same size ranges. Remember the females are the larger of the species, they can and do get much larger, keep that in mind. Dorado at 30 lbs with Yellowfin Tuna 60 to 200 lbs. As mentioned earlier, there has been an invasion of Krill shrimp the size of a five peso piece, about the size of a quarter running the area. 3 inch squids with shells as well. So turning their heads could be the challenge of the day. Sailfish to the northwest are large, in the 90 to 120 lb range.

With the season as it is there haven’t been many trips to El Banco to report much. The weekends are tournament city now at this time of the year and you can’t use tournaments to measure what’s happening. Fish sound, run, leave when too many boats are running the area. Having said that there have been some good sized Black Marlin and Blue Marlin in the 500 lb range. The reality is that the whole area between El Banco, Corbetena and El Morro “are” the fishing grounds. Spread out and wide open, just focusing on two locations is cutting your options short amigos. Be ready to move some water, and look for birds.

The point off Punta Mita is seeing an increase in Sailfish, Dorado to 30 lbs around any debris or “trash”. Blue Marlin in the 300 lb range are still 8 to 10 miles off the point. Jack Crevalls maybe with Skip Jack Tuna all over the area. Not much to say but well worth an eight hour trip.

Inside the bay we’re seeing occasional dirty water, just depends on which tropical rain system comes in. But this is not a bad thing, it creates the Trash Line and that brings Dorado. We’re seeing some decent Dorado in the 20 to 25 lb range off Los Arcos with an occasional Sailfish. Off the La Cruz Marina towards the point there are almost predictable Sailfish! Jack Crevalls are around for some reason, but you have to catch them on the surface or they don’t bite. Skip jack are also roaming the area and there is always action around structure! Right now you’ve got a 30% shot at a Sailfish inside the bay… I thought I’d never say that, but it’s accurate.

Tres Maria Islands: The fishing in the area around the second Island, Madre island has been producing 320 lb yellowfin

tuna on an average size. Plenty of Jumping Yellowfin Tuna chasing Caballitos, Google eyes and 3 inch Squids. On larger boats they've been boating about 15 a trip on the high density trips. I believe you'd increase your action on a more private boats.

The bite is still around 09:00 so be where you want to be by then. Water temperatures are starting to drop, they’re now 86 degrees and perfect. Blue water conditions are prevalent sin rain. One strange thing is dead bait has been working when nothing else does, so keep that in your mind amigos!

Until next week, Don´t forget to kiss Your Fish! 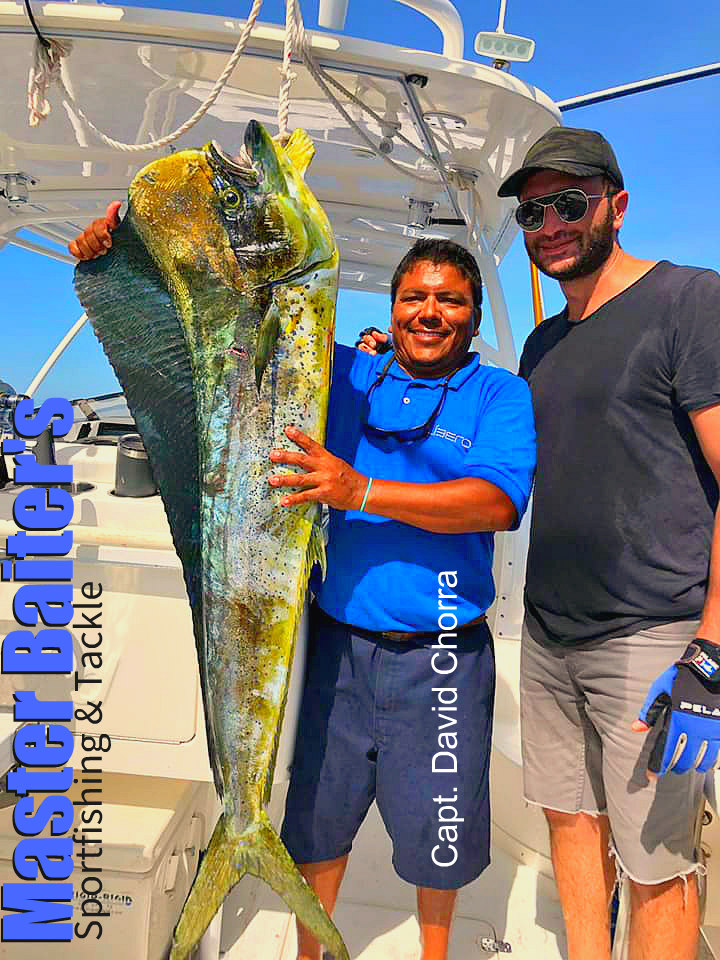