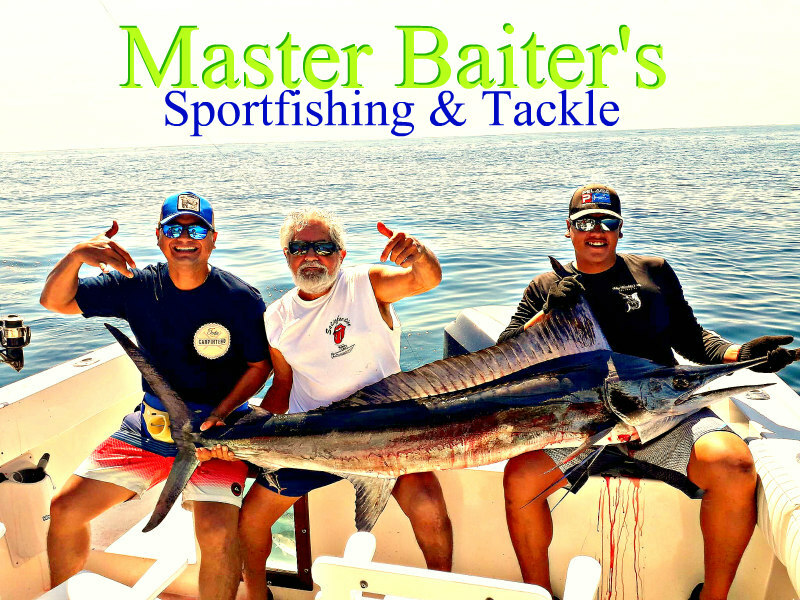 Normally at this time of the year we don’t talk much about “breeding” fish. But normally we don’t have to deal with La Nina. Normally we don’t have species like Dorado in the area in the middle of “winter” fishing, even though It’s Spring. So much of the frustration we’re seeing in our fishing season is from species that “shouldn’t be here”. We all know it’s a “mixed up season”. So the locals are full of eggs and we have to deal with that. The good news is Jack Crevalles are taking bait again. Dorado that are here are still fickle, but beginning to take surface baits. Striped Marlin and Sailfish, again two species that are either “super early” for their normal season are showing signs of taking bait. With strange water temperatures and currents, species that shouldn’t “be” here, are because of La Nina, it can be hard to figure out. But the silver lining is the bay fishing is incredible with smaller species, like normal. And as the remaining Whales filter out, the near future for fishing in Puerto Vallarta is looking better by the day!

Alright, nothing strange about Corbetena to El Banco to be mostly “slow” in March. Nothing has changed here, for now. If you’re in PV on a private boat, then why not check out the area. What we’re seeing is less than exciting with species you can find much closer in. There has been some action around El Banco, but the information I have is “iffy” and even if it’s true, it’s a slim justification for throwing away your fuel budget. For now, as normal at this time of the year it’s best to look to these “off season” fishing ground with a skeptic’s eye for now. I’ve seen some postings of Sailfish, Dorado and even Striped Marlin. And to be honest not all fish are going to react the same. But for now, it’s best to look to more abundant species closer in to shore.

From Punta Mita to El Morro, little has changed from last week. We still have swirling currents where water temperatures run from 69 degrees to 74 degrees with some reports of up to 80 degrees. Now this isn’t exactly blue water either. Water can be the “Clean Green”, which is normally colder than the local blue water. But we have the ugly coffee colored water as well. The funny thing is in both these cold and dirty water currents the fishing has been at its best. If you find yourself in this situation lures, not live bait, are working best. Capt. Cesar of Magnifico say using lures of strong and bright colors are working much better than live bait. Colors of bright yellow, pink, blue etc are working well. My thoughts that bright colors won’t work well in dirty water is unfounded and incorrect. Fish see the bait in green and dirty water. So take a chance and try something that seems weird, but is working. Remembering that seven miles off the cost is where you want to start dropping baits. Find a “boil”, then start surface casting. Debris could mean Dorado. For now fish are moving drastically, but this area seems to be the best performing fishing grounds for the moment.

The bay is still the place to be. With Jack Crevalles finally getting out of the breeding thing, they’re taking trolled and surface baits. Beyond that it’s all about Sierra Mackerels and Bonito. Snappers to 15 lbs have started to show up and are taking trolled bait. Snook have been seen near the river mouths. And of course everything counts in large amounts. If you’re a jaded type of angler you may not be impressed. If you’re looking for fun and plenty of light tackle action, then you’ll be a happy lad. The bottom line is at this time of the year, this is our normal state of affairs.

If heading out for six hours or less, I suggest leaving the dock at about 07:00. If heading out to the deep water locations, then you need to be out of the dock no later than 06:00. Mackerels and Bonito are doing very well in the early morning hours. Running lures of brite colors or dead baits would be what you want to drop in the water first. But be prepared to use fuel, fish are moving drastically and it could be a bit of work to find where they went! Feeling lucky? Don’t forget to check out my weekly Video Fishing Reports on YouTube, they’re very popular!