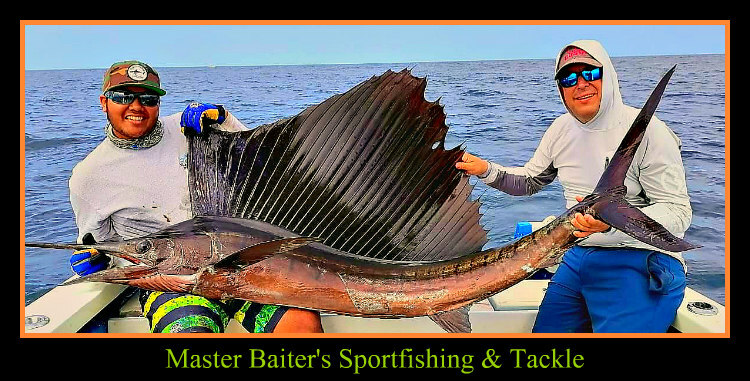 Another week and more small changes. But that’s normally the case, we wouldn’t want extreme swings in fishing conditions and this week the “small” changes are adding up to great fishing action. When you talk about fishing in Puerto Vallarta, people want to know about the major summer species, which of course for the last six months haven’t been here in the area. Now that we’re at the end of May, the transition period with the dirty water and questionable species is coming to an end, finally. Does that mean the water conditions are perfect, of course not! But it does mean there is plenty to be excited and optimistic about. For now, my “glass” is half full, so don’t expect doom and gloom, things are improving amigos!

I guess we should start at the beginning. Starting at Corbetena, I’d like to say things are happening here, but unless you’re looking for 50 lb Jack Crevalles, there isn’t much of a reason to hit the “rock”. You may get lucky and find a roaming school of Spinner Dolphin, but you’d be winning the fish lottery. The water is blue, warm and full of bait in the form of Skip Jack Tuna, Sardines, small Squids, flying fish and much more. Sounds pretty positive to me, the only down side is the summer species just aren’t quite here yet. About twelve to fifteen miles north of the high spots large amounts of Dorado in the 5 to 20 lb range have been hanging out around the buoys. With blue water and Striped Marlin running the area it could be a great opportunity to hit some early season Dorado, but make sure they’re bigger than 10 lbs and as always toss the females back to breed the future Dorado base! Update: Striped Marlin are turning up at Corbetena and there have been sightings of small Blue Marlin in the 250 lb range as well. Should have Sailfish in the area as well.

You know last week I had to include the surprising news that Red Snappers had reappeared at El Morro with the freak drop in water temperatures to 73 from 79 degrees the week earlier. Well the Red Snappers are still there and in fact they’re running with larger Jack Crevalles. When you see Jacks surface feeding, they’re with Red Snappers from 10 to 20 lbs running with 30 lb Jack Crevalles. Seems a little strange, I know, but it’s an early season indication that things are changing. Some more interesting and exciting news is that the entire shoreline off Punta Mita is alive with action! Sailfish have moved in and the Striped Marlin are picking up in numbers. In fact if you want any action, if you’re out more than six miles or just about twelve kilometers offshore, you’re not catching fish. The good news is the Red Tide has mostly moved out and the water is mostly clean. Yes there is some of the “Clean Green” water, but fish don’t mind this green water as long as there’s bait in the water. This clean green water has brought with it Sardines and Squids of one to three inches. Everything is feeding on it and that should be no surprise. There are also lots of Jack Crevalles from 20 to 45 lbs, Bonito to 25 lbs, Sierra Mackerels and with some luck Rooster fish off the sandy beach breaks. Finally there is a good reason for an eight hour fishing trip.

Inside the bay, the song remains much the same. Jack Crevalles are mostly in the middle of the bay, but they are roaming around the bay. The Sierra Mackerels are still abundant and prefect for family fishing days. Bonito are still running the bay at 15 to 20b lbs as well. And just yesterday I started getting reports of baby Dorado over near Los Arcos! Now this is super early for Dorado, but it’s an early season indicator of things to come. The bite is happening all day! I suggest being where you want to be by 08:30, but Sailfish have been hitting baits later in the day after the noon hour. With marine layers of clouds blocking the moonlight, the bite has been going into the mid-day to early afternoon into the evening. With plenty of bait in the water, live bait and poppers are doing the trick. Surface baits for surface feeding species will do the trick! Water temperatures are at 79 degrees and will be increasing incrementally as we inch towards the summer fishing season. Stay positive out there and anything is possible. Stay tuned!