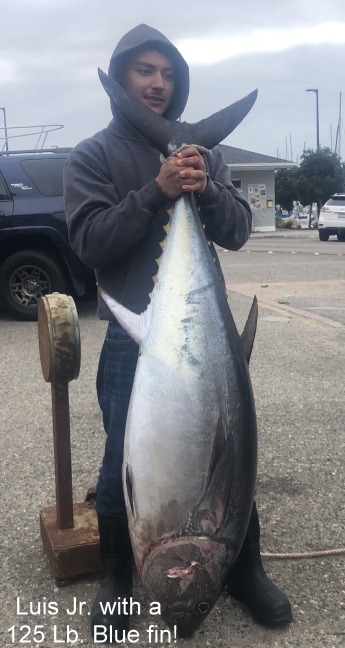 The weather was nice and anglers enjoyed the big blue fin bite this morning. The anglers are fishing from 36'52/122'15 to 36'58/122'28. There is a large area of fish chasing balls of anchovies. The anglers who were trolling near 36'54/122'14 yesterday confirmed that the albacore were bonita. The blue fin were on the bite this morning and anglers are still fighting fish as I write this. The inshore anglers caught a mix of rock fish, halibut, and lingcod up the coast near 4 Mile. The winds were calm and the fog was high.

Tuna on The Bite

Albacore Caught Near the 601 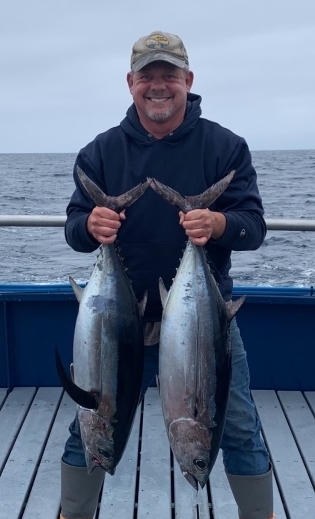