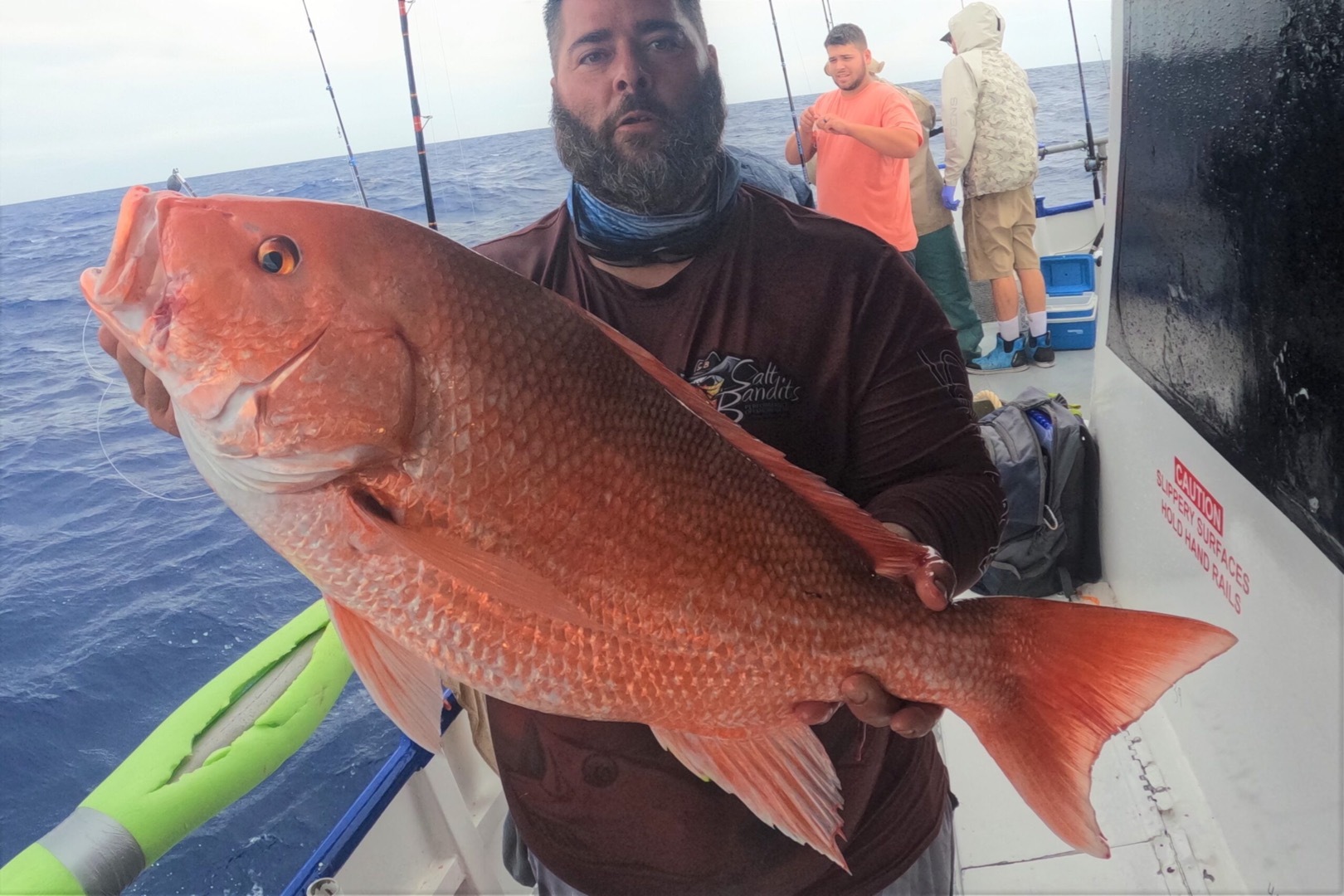 Snook are dominating the inshore report right now and should be prominent through the summertime. They are really starting to choke the passes around the area especially through the nighttime period around bridge lights, dock lights, and anywhere they can stage up and ambush flushing shrimp, crabs, and white bait. Around the pass right now you can almost walk across the snook at night and into the morning hours, but as soon as the sun starts to come up and the sky brightens up they sink to the bottom and get less active. During the day, they hang around the same areas some but the majority of fish will move onto the beaches and cruise the troughs along the beaches and sandbars looking for crustaceans like shrimp, crabs and sandfleas and the occasional mud minnows and baits they encounter. Fishing on the beach you have to use nearly ultralight snook tackle with 20lb mono and light braid. However, fishing around docks, piers, bridges, and jetties at night you want to use much heavier tackle. The lighter the leader typically the quicker you can entice a bite but the less likely you will be to successfully land the fish around the structures. I use often as heavy as 50-60lb floro leaders fishing snook on the dock. However, either way I like using larger live shrimp on a 2-3ot circle hook.

Redfish action has been going well around the area too. Especially around the mangroves at higher tides, and around the edges and cuts at lower tides. We are catching them at the bottom around the structures of passes and deeper residential docks between the passes and flats of the back bay. Using cut dead bait is a great idea this time of year when water is hot, but also live shrimp and white bait works well.

Trout action is going well around the deeper flats and some truly surprisingly deep areas with structure too. We have even caught some trout lately as deep as 30-40ft near shore! These guys are on the beaches, around the pass and up on the deeper flats inside the pass too. Catching them at night around dock lights and bridge lights is common through the summer too.

Pompano are around on the beaches hunting pompano jigs, live shrimp on the bottom and also sand fleas too. They love cruising sand bottom areas around the structures and flats but also along the passes and beaches too. We are seeing quite a few pompano around the jetties and madeira beach right now too.

Tarpon fishing has been good around the area and the full moon brought some great tides that allowed plenty of options for anglers to hook up and have some good tarpon fights! The beaches and passes have seen fish rolling and holding pretty solidly. We are seeing a lot around passes at night around bridge lights too.

We are seeing a great bite near shore right now on our 5 and 10 hour trips and also the near shore private fishing charters aboard the HUB and Flying HUB 2. The Private charters this past week aboard the HUB have seen a lot of the lane snapper, vermillion snappers, mangrove snappers and a few nice gags with a handful of red grouper too! The Mahi Mahi have shown up near shore and the HUB has had a few private fishing charters where they have had mahi show up along side the boat. They encountered some floating debris around 70-100ft of water and that was loaded with Mahi Mahi too. However, the Mahi we are encountering are often small but they still are great eating and fun to catch. This should be a common theme on our near shore and offshore trips through the summer. You should always have a little pitch rod ready with a gotcha plug rigged up and ready to toss out should you see those green flashes around the boat.

The five hour half day has been focused on the grey snapper or white grunts as normal, but we have seen a mahi or two on that trip too. The mackerel have pretty much slowed to a stop so we aren’t trolling too much lately either. We are still seeing a few hogfish here and there but nothing of any consistency due to the warmer temps.

The ten hour all day trip had a slower week last week but they did extremely well Tuesday on some good numbers of lane snapper over two hundred keepers! Plus, we had a handful of mangrove snapper too. The red grouper cooperated as well and we had about a half dozen nice keeper sized red grouper harvested too. The hogfish have been elusive on the ten hour too, but we are still getting a few here and there. Mahi Mahi are a realistic possibility on this trip as well so keep a pitch rod ready and an eye peeled.

The 39 hour trips are slaying the red snapper right now along with some big gags, fat red grouper, some really nice scamp grouper, plentiful mangroves, some yellowtail, porgies, vermillion, almacos and more! Pelagic wise we are seeing some tuna, big kingfish and the occasional wahoo. Surprisingly no mahi around the boat lately like we are seeing near shore, but there’s a good chance for the chicken dolphin schools but even a big bull is possible out deeper. Right now dead bait has been a hot bait option with a lot of fish being caught using the dead threadfins for bait. Especially the red snapper and some of the gags. Mangrove love the cut threadfin chunks too. Scamp grouper occasionally come up on the threadfins, but small to medium pinfish are a great idea too. Big red grouper are being caught using a threadfin and a chunk of squid, but also the cut bigger baits we find offshore like porgies are working well too for the red grouper.

The 12-hour extreme trips are doing really well offshore too with big red snapper and some nice gag grouper. We are still seeing steady red grouper and a few scamp too. The mangroves aren’t as common on this trip since we are really focused on the red snapper, and we don’t have the fishing time of a 39 hour trip. However, you can get them if you target them with smaller chunks of cut threadfin.

The gag grouper bite is hot right now since were fishing so deep for the red snapper. However, we are breaking a lot of these fish off lately so make sure to be ready with 80lb minimum leader and we suggest more like 100lb leader if you’re going to drop down a bigger live bait or dead bait down to target the gag grouper.

The blackfin tuna have been around on the troll with the rapala xrap magnums and the nomad DTX minnows. We are seeing a few nice kingfish out there too. Plus, you have a shot for a potential wahoo while out deep too! 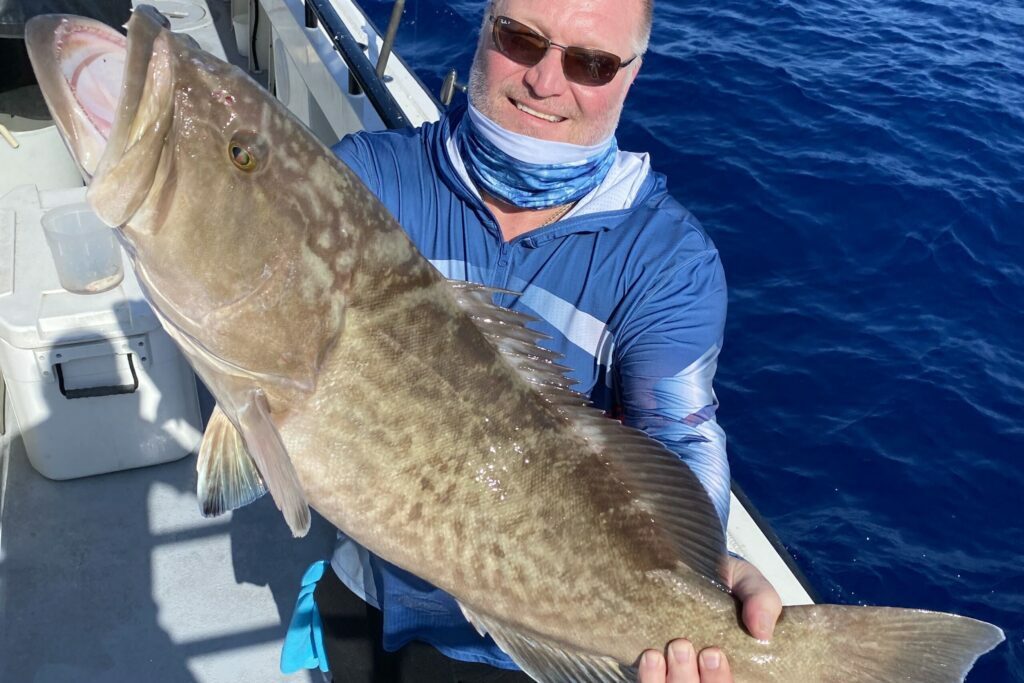 6-3-2022
Inshore Fishing Report The pass is choked in the early morning hours with snook around the bridge lights, dock lights and...... Read More 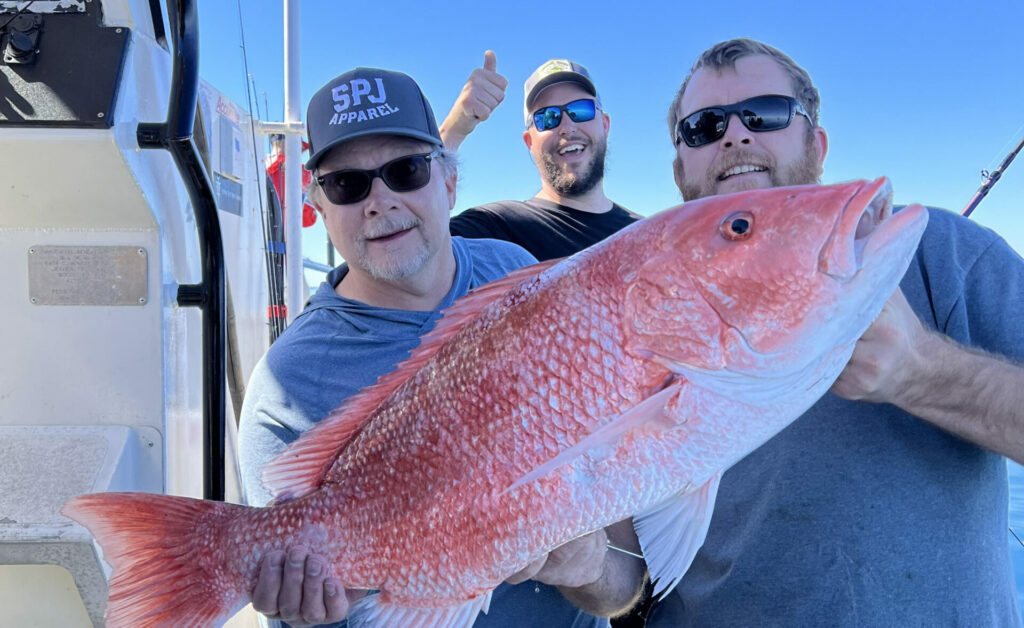 5-27-2022
Nearshore Fishing Report The hogfish bite continues to be slower but steady. We are still seeing a handful here and there...... Read More